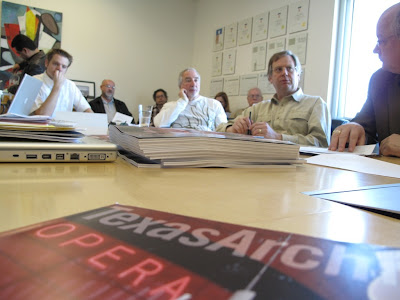 The TSA Publications Committee meets every two months at the TSA offices in Austin to discuss the most recently published issue of Texas Architect and to assist the staff in acquiring content for upcoming issues. Once a year we also have a "retreat" meeting where we meet at a different venue so that we have a chance to see projects featured in the magazine in regions of the state we may not otherwise have the opportunity to visit. Perhaps more importantly, these retreats also provide an opportunity for the committee to interact with members of local chapters in a more direct way. 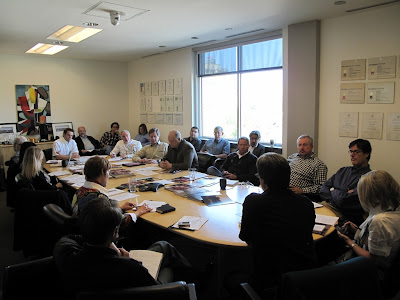 The past two years these retreats have been held in Houston and El Paso. This past weekend the committee gathered in Dallas for the 2010 retreat. This gave us a chance to visit the two new venues at the AT&T Performing Arts Center as well as several other recently completed projects in the area. While the Wyly Theatre and Winspear Opera House are truly remarkable individual pieces of architecture, the most compelling part of their individual designs is how they collectively contribute to the city that surrounds them. Dallas has undergone a steady metamorphosis in the last few decades that has gone much deeper than a few signature buildings. The very fabric of the city has been recast by innumerable projects large and small that speak to the ability of architecture to redefine a place. Those of us on the Publication Committee thoroughly appreciated the opportunity to experience that transformation first hand.
Margot and Bill Winspear Opera House 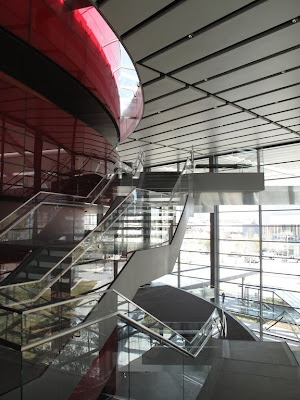 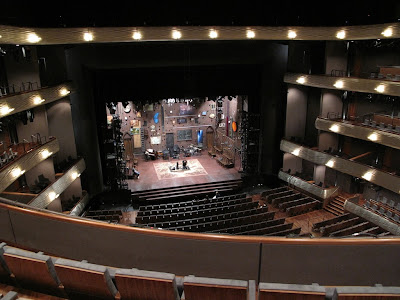 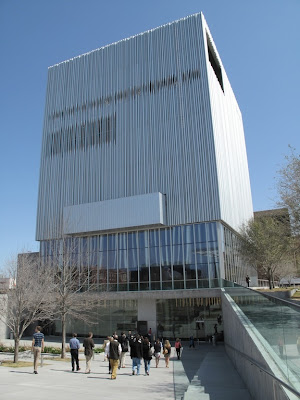 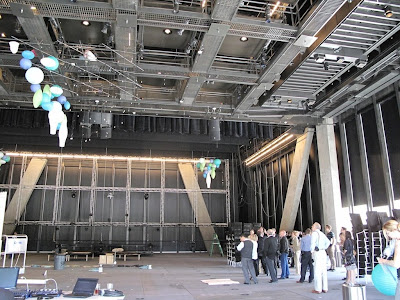 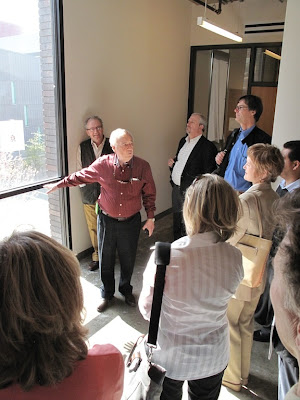 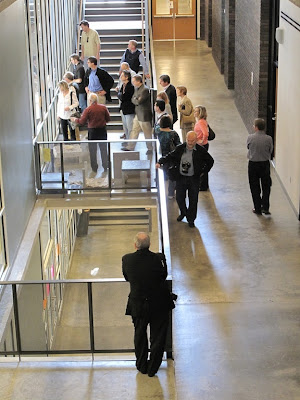 Of course, the trip wasn't all looking at cool buildings and socializing with local architects. As its name might suggest, the retreat also provides the Publication Committee an opportunity to consider more global topics relating to TSA publications. While the state of Texas Architect is strong, we are always looking for ways to improve the quality of the content and make it more relevent to the readership. At this particular retreat we discussed how additional or expanded content could find its way into both the magazine and onto an expanded TSA Web presence. There were many ideas put on the table, and the discussion will definitely continue at the next committee meeting in May. We look forward to sharing these ideas with you in the coming months and do of course welcome any thoughts or suggestions you might have for us as well.
Cook Residence designed by Booth Nagel 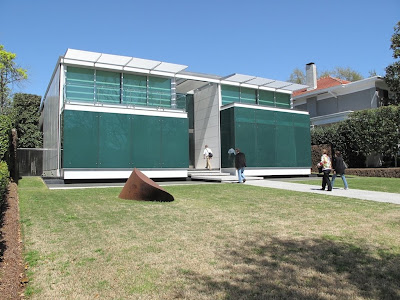 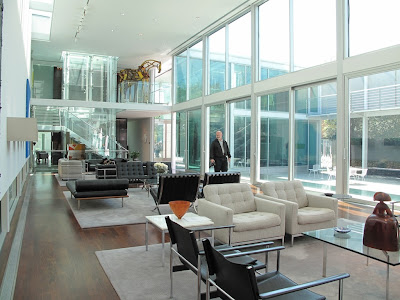 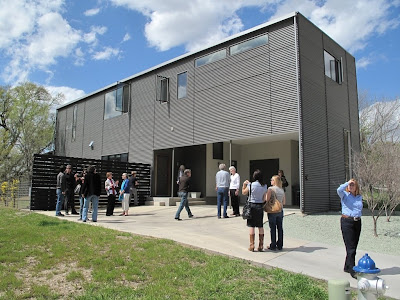 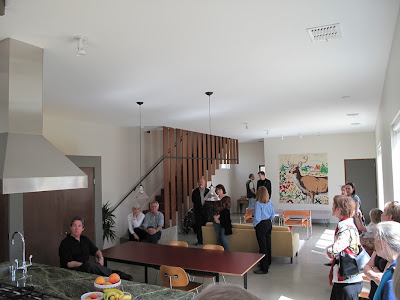 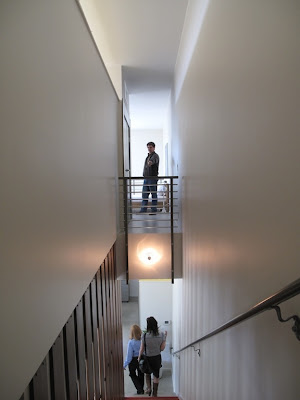 Posted by Texas Society of Architects / AIA at 10:18 AM No comments: 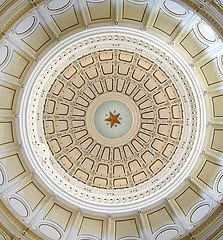 Yvonne Castillo
TSA General Counsel
Today TSA attended a hearing by the House Committee on Ways and Means to monitor discussions by state officials who are considering how to make up for the $11-15 billion shortfall next biennium. On the agenda was the current sales tax exclusion for architectural services, as well as other professional services. TSA submitted written testimony and met with the Chairman’s office beforehand to discuss concerns.

In our written testimony, we pointed out the unique business model for architectural firms. In other words, we explained the difficulty that our industry would have in administering this kind of tax because we’re usually at the top of the pyramid in the team of professionals as the “prime design professional,” which would put us in the position of having to spend an awful lot of time keeping track of, and collecting, sales taxes for all those professionals down stream. We also pointed out the competitive disadvantage issue. In this day and age with the ease of transferability of services across state lines (and other countries for that matter), clients would have an 8.25% incentive to go elsewhere. Then there’s the issue of timing. When would this tax be due? At the completion of the contract or each time an architect is paid? There were numerous other questions and issues raised. To read the full written testimony submitted by TSA, please click here.

What we took from the hearing was a general feeling that state officials are looking for money but aren’t necessarily going to pull the trigger with a sales tax on professional services, at least not easily. They seem to be more focused on services related to auto repairs, personal services like tattooing, tanning and body piercing, and auto services like car washing, rust proofing, undercoating, etc. So…the lobby representing auto folks, tattoo businesses, and tanning salons might want to be on high alert. One thing we can say for sure is that the services that are most vulnerable for taxation were those where a lobby was not present today. That was evident from a comment by the Chairman when one industry was discussed and no one testified or submitted written testimony. As far as architects are concerned, we remain watchful, but feel fairly confident that a new tax on services would only move forward after some vigorous debate, which we, of course, would participate in at every stage. So stay tuned.
Posted by Texas Society of Architects / AIA at 3:44 PM No comments:

Editor's Note
Dallas Arts District: Past and Future
Three decades in the making, the Arts District still evolves
by Stephen Sharpe
The reinvigorated Dallas Arts District provides a timely opportunity to feature performance venues around the state while highlighting the Winspear Opera House and the Wyly Theatre. Both are stunning additions to the city’s downtown cultural enclave, which has evolved over the last three decades through the ups and downs of the boom-bust economic cycle.
To learn more about the past and potential future of the Arts District, I invited four Dallas designers to join in an informal roundtable forum in January. The participants were: Duncan Fulton, FAIA, whose firm Good Fulton & Farrell Architects is the architect of record for the Annette Strauss Artist Square; Michael Malone, AIA, who wrote this edition’s feature article on the Winspear Opera House (see p. 44); Kevin Sloan, ASLA, who wrote the introductory article to the feature section (see p. 34); and Willis Winter, FAIA, an assistant director of the City of Dallas Park and Recreation Department with responsibility over the planning for the Woodall Rodgers Park currently under construction immediately adjacent to the Arts District.
Our discussion began with impressions of the city’s announcement of the Sasaki Plan in 1982 that recommended the consolidation of arts venues in the northeast quadrant of the downtown. The plan offered a comprehensive approach to developing the future Arts District, suggesting programmatic strategies and models for a pedestrian-friendly streetscape. The news sent a collective thrill through the local architectural community.
“It had tremendous coverage and what was described sounded like a very exciting concept,” recalled Fulton. “They described it in terms of cafés; they described it in terms of what we now call work/live environment; and it incorporated – and really put on my radar for the first time in an organized way – strategies that today we would call New Urbanist—an intense focus on the street [and] an intense focus on uses. The importance of the architecture was not so much what it was, but the way it defined the street. And it sounded very vibrant and very exciting.”

The boldly ambitious plan, remembered Winters, was a quintessential “grand ‘Dallas’ idea that could only happen here.” He added: “And the fact that they have stayed with the plan, through changing economies, highs and lows. I mean, here were are, over 25 years later and it’s just now being finished. I think that says a lot about the city to stay with something like this and not lose the vision.”

The timing of the announcement was an important factor for its success because it arrived during the real estate boom of the early 1980s. The plan suggested that arts venues be consolidated with an area immediately adjacent to the downtown commercial center, which Sloan said was “a developers’ playground” at that time. While the Sasaki Plan recommended low massing where buildings met the street, he said, managing scale posed a challenge because “there was an impetus to build high and go vertical, and not necessarily be as obedient to a kind of uniform fabric as one might hope.”
Then, of course, came the real estate crash of the late 1980s and all private development ground to a halt until the close of the millennium.
Read the rest of this article online.

Posted by Texas Society of Architects / AIA at 5:04 PM 1 comment: