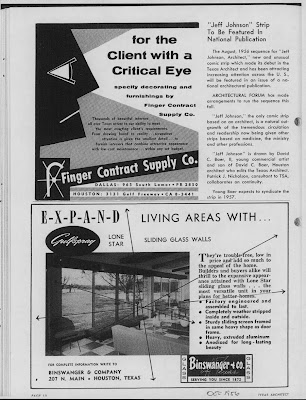 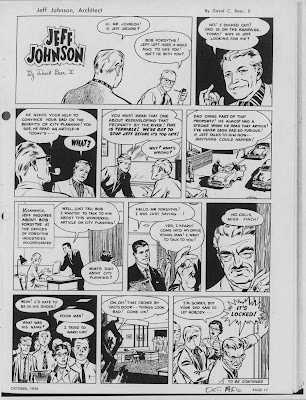 Join Us at the 2011 Convention

Be sure to register online for the convention before September 28. It won't be the same without you!

Posted by Texas Society of Architects / AIA at 2:26 PM No comments:

Exploring Dallas during the 2011 Convention

Michael Woods, AIA, a principal at RTKL Associates in Dallas, wants to take you on a tour of his hometown.

Map out your visit of the host city.

View Texas Architects Tour of Dallas in a larger map

Take a walk downtown from the convention center:

Venture off the beaten path:


Purchase the AIA Guide to Dallas Architecture online at aiadallas.org


Be sure to register online for the convention before September 28. It won't be the same without you!

Posted by Texas Society of Architects / AIA at 5:04 PM No comments: 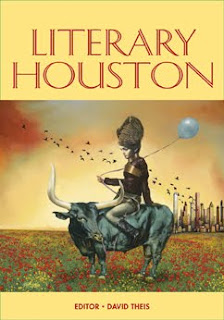 As part of the “Authors in Architecture” lecture series, two writers involved with Literary Houston, published in 2010 by TCU Press, will read from the book on Sept. 21 at the Clayton Library, 5300 Caroline St. The event is co-sponsored by the Architecture Center Houston and the Houston Public Library. Admission is free.

The presenters will be the book’s editor David Theis and local arts writer Lisa Gray, who is among the 60-plus authors represented in Literary Houston. Theis will discuss how architecture, planning, and historic preservation are addressed in the book. The collection includes a well-known Ada Louise Huxtable piece from The New York Times, a Joel Garreau excerpt from Edge City, and an article on the Astrodome by Douglas Pegues Harvey originally published in Texas Architect.

At 5:30 p.m., attendees will be offered a brief tour of the recently renovated library given by Ernesto Maldonado, AIA, of Glassman Shoemake Maldonado Architects. Maldonado will talk about his firm’s recent award-winning renovation and addition to the historically significant building.

Literary Houston is an anthology of writing about Houston and Houstonians. The content is categorized in sections titled “Memoir and Biography,” “Visitors,” “The City Itself,” “Events,” “Poetry,” and “Fiction.” A good deal of Houston history is included, dating back to the days of Cabeza de Vaca and continuing through the Battle of San Jacinto and up to Enron and Hurricane Katrina. Works by local writers are included, along with articles by writers with national and international reputations, including Larry McMurtry, Norman Mailer, Ada Louise Huxtable, and Simone de Beauvoir.

David Theis moved to Houston in 1984 to study in the creative writing program at the University of Houston. Upon graduation, he became a journalist writing for Houston City Magazine, The Houstonian, Texas Observer, Texas Monthly, Cite, and numerous other publications. From 1989 to 1994, Theis was a staff writer for the Houston Press where he wrote news, features, and film reviews. In 2002, his novel Rio Ganges was published by Winedale Press. He is currently at work on a second novel.

The Clayton Library was built in 1917 as a family home. It became a part of the Houston Public Library System in 1966 when a special collection for genealogical research was relocated there and the building was opened to the public. Glassman Shoemake Maldonado’s recent project included renovating and remodeling the guest and carriage houses on the property. This included an addition to the carriage house allowing for national conferences on genealogical research to be hosted onsite.

Posted by Texas Society of Architects / AIA at 5:24 PM No comments: 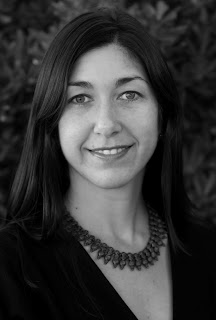 Celebrate passionate leadership, inspiring achievement, and design excellence as the Society recognizes those who have made exceptional contributions to the built environment during the 72nd Annual Convention in Dallas, Oct. 27-29. The presentation of the 2011 Honor Awards demonstrates the efforts of members, individuals, and organizations that have improved the profession and their communities. Recipients of the 2011 Design Awards receive their awards and brief jury comments are provided. Learn about the significant contributions being made and be enlivened by all that is being accomplished. Sat., Oct. 28, 11:45 am - 1:15 pm. Click here for more information about the Texas Society of Architects Convention. 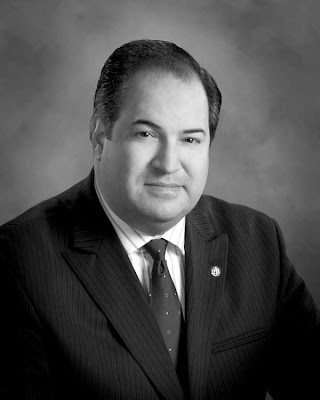 Gabriel Durand-Hollis, FAIA, principal of Durand-Hollis Rupe Architects in San Antonio, recently served as the sole U.S. juror among a panel of seven for the Rio 2016 Olympic Park Competition. The jury met in August for the prestigious international design competition. Durand-Hollis serves on the Texas Society of Architects Board as an AIA Regional Director.

British firm AECOM, a London-based building design and management company was announced as the winner of the competition on August 19. 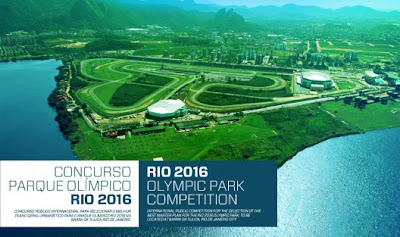 Posted by Texas Society of Architects / AIA at 2:24 PM No comments:

Texas Architects at the NCSL 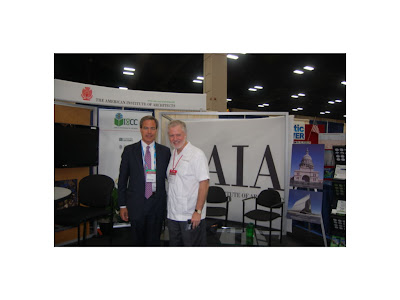 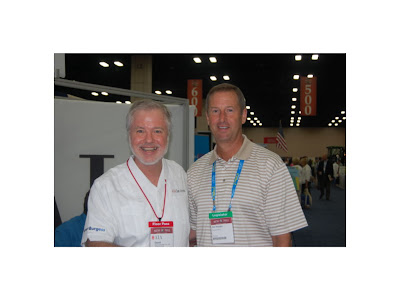 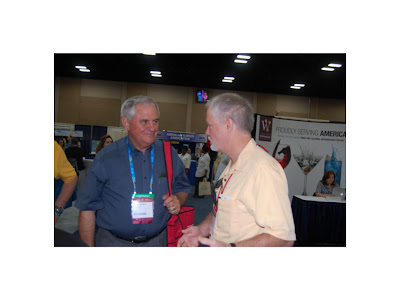 The National Conference of State Legislatures (NCSL), a bipartisan organization that serves the legislators and staffs of the 50 states, commonwealths and territories, held its annual convention in San Antonio, August 8-11. In attendance, in addition to a large group of Texas legislators, was David Lancaster, Sr. Manager of Advocacy.

The American Institute of Architects (AIA) was there with a booth to ensure the voice of architects across America was heard loud and clear…and no one is better than David in doing that—at least the loud part! To provide more local expertise and connections at these national events, AIA invites local and state component staff to participate, so representatives from Florida, Michigan, New York, and California joined David and AIA staff at the booth.

We’re told the big hit of the booth were the insulated drink coozies made out of recycled wet suits (GO GREEN!). Certainly, wet suits haven’t been needed in THIS state for quite some time!

Posted by Texas Society of Architects / AIA at 1:31 PM No comments:

On August 3, the 3rd Court of Appeals (Austin) affirmed the Legislature’s wisdom in clarifying the architectural and engineering practice acts in passing HB 2284. The Appeals Court “noted and affirmed” the district court’s ruling that “remanded the case to the Architecture Board for further proceedings and receipt of expert testimony, holding that the record is insufficient to determine whether the plans and specifications at issue constituted the practice of architecture, engineering, or both.”

In affirming the district court’s decision – something that both sides had claimed as a win – it is clear that disputes over responsibility and overlap could have continued to consume resources without any definitive resolution or closure to the broad dispute. HB 2284 clearly distinguishes between the practice of architecture and the practice of engineering, and plainly identifies areas of overlap between the two professions. It offers clarity where, in the past, ambiguity led to disputes between the two professions regarding responsibility and overlap.

Posted by Texas Society of Architects / AIA at 9:51 AM No comments: