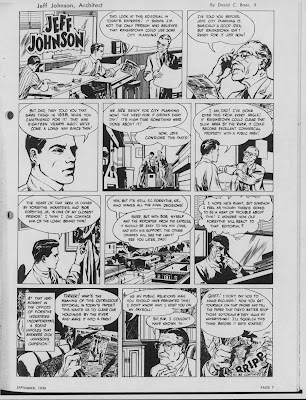 The Texas Society of Architects (Texas Architects) announces its 2011 Honor Award recipients. The awards recognize significant contributions to the architectural profession and the quality of the built environment and will be presented during the 72nd Annual Convention, Oct. 27-29, in Dallas. 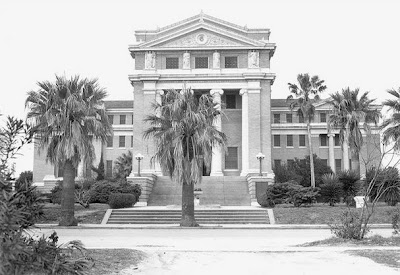 CORPUS CHRISTI — A study of the old Nueces County Courthouse found that the structure is unsound and has severely deteriorated from more than three decades of exposure to the elements.

The findings were revealed to county commissioners Wednesday by officials from LNV Engineering, a company hired to conduct the two-phase analysis.

The 1914 courthouse has sat idle since 1977 and is protected from demolition until 2027 because of a stipulation attached to state grant funds.

It would cost an estimated $34.7 million to renovate only the 1914 building. To renovate the entire 86,400 square-foot structure including the 1930 addition, it would cost about $41.1 million.

By comparison, the nearby federal courthouse, which has nearly twice the square footage, was built in 2001 for $27.3 million.

“This county doesn’t have $40 million to spend on this project nor does the city,” Commissioner Mike Pusley said. “I think the point and time when we could have saved this building has passed.”

Buildings designated historical such as the courthouse are exempt from being brought up to current standards but there is an exception if they become safety hazards.

Pusley, who twice toured the site, plans to use the study’s findings to petition the Texas Historical Commission to lift the deed restriction. That would allow commissioners to decide whether to tear it down, which could cost $2 million to $3 million.

Pusley said that while he understands the building’s historical significance, it doesn’t change the circumstances: The building’s condition is unsafe and the lack of any foreseeable funding to renovate it has sealed its fate.
Click here for the full article.

Posted by Texas Society of Architects / AIA at 10:27 AM No comments: 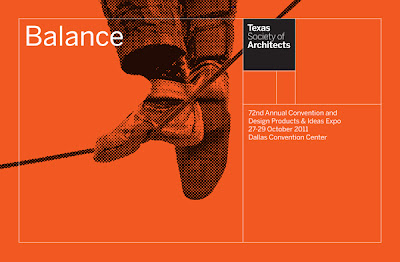 The Dallas Center for Architecture, Nasher Sculpture Center, Winspear Opera House, and Wyly Theater are among projects to be highlighted on the Dallas Arts District Tour (Tour A, Thurs., Oct. 27, 9:30 am to noon) during the Texas Society of Architects Annual Convention and Design Products and Ideas Expo, Oct. 27-29, 2011.
Several of the projects on the Dallas Arts District tour were featured in the March/April 2011 issue of Texas Architect magazine. Read about these projects in the issue posted below. 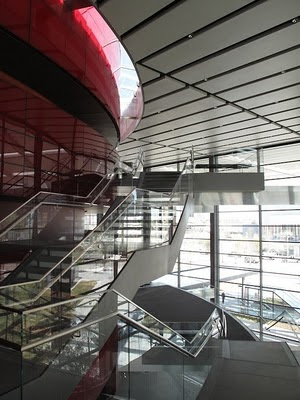 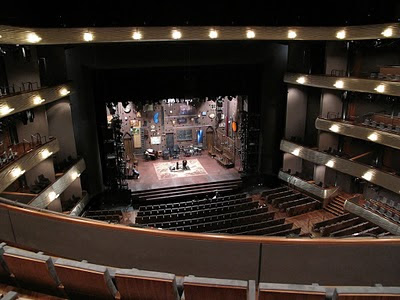 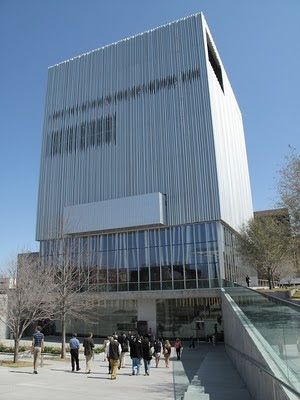 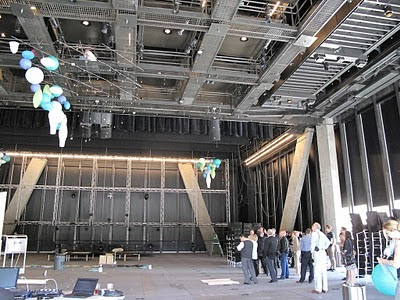 I had the honor of representing the Texas Society of Architects in late June when I traveled to Fayetteville, Ark., to facilitate the jury for the 2011 Studio Awards. The primary outcome of my two-day visit was the selection of four unbuilt projects for Studio Awards, which was especially notable because the winning entries were either the work of student teams or practicing architects who also teach. The common thread running through all four of the awarded projects was a well-thought-out visual explanation of research that prefaced the design solution. The jury’s selections were announced June 30. The four projects can be seen at:
http://texasarchitect.org/news_detail.php?news_id=279&sess_id=1a2b03b20ce3b8996895a8e2c6378704

A secondary outcome of the trip was my learning more about the architecture of northwestern corner of Arkansas, particularly the work that has emanated over the last 50 years from the creative minds of educator-architects connected to University of Arkansas. I wish to thank Marlon Blackwell, FAIA, for introducing me to many fine buildings that comprise a menagerie of modernist structures well worth driving out of one’s way to see in person. My thanks also go to Chris M. Baribeau, AIA, and Santiago R. Pérez, who both participated in the Studio Awards jury and showed me interesting projects in and around Fayetteville. 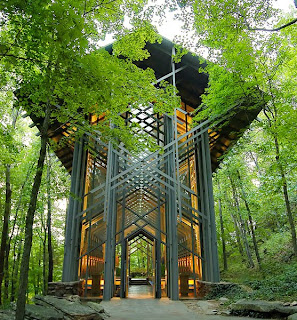 Thorncrown Chapel (see photo above) is the best known building in the area, so that was a good beginning point for me after landing at the regional airport just outside Bentonville (home of the late Sam Walton and his Walmart empire). Thorncrown, designed by Fay Jones for client Jim Reed, is situated in the foothills of the Ozark Mountains near Eureka Springs. Jones’ intricate timber construction allows for two-story-tall walls of glass along both sides of the sanctuary, so visitors feel directly connected to the surrounded forest. When I stopped by on a Tuesday afternoon, Reed’s widow was seated just inside the sanctuary where she handed out brochures and invited visitors to take a seat in a pew to enjoy the serenity of the chapel in the woods. (“We’re not a walk-around church,” she gently advised.) Soon it was just me and her left inside, so I introduced myself and heard the story of how she and her husband, both schoolteachers, worked through the financial and logistical travails of realizing her husband’s vision.

Back in Fayetteville, Marlon Blackwell invited me to his family’s home near the university. In addition to running his own small practice, Blackwell is the head of the architecture department at the Fay Jones School of Architecture. As a practitioner, he consistently produces excellent architecture that has been widely published and recognized with regional and national awards. Among those award-winning projects is his own home, known as the L-Stack House (see photo below), that he designed for a problematic lot with a creek running diagonally through the site. 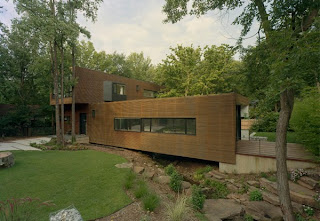 The office of Marlon Blackwell Architect is within a former public library near downtown Fayetteville. The Fullbright Building (see photo below) was originally designed by Warren Seagraves (1925-1978), who also taught at the U. of Arkansas, and completed in 1962. Blackwell respectfully renovated it for commercial offices, replacing the second level’s exterior brick walls (which Seagraves capped with ribbon clerestory) with floor-to-ceiling glass and exposing the building’s perimeter steel frame. 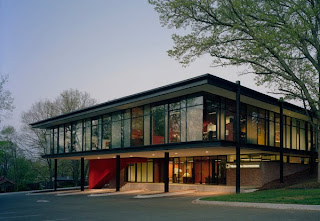 Blackwell’s office was where the jury met on Wednesday, June 29, to select the winning submittals in the 2011 Studio Award program. Blackwell invited two associates – the aforementioned Baribeau and Pérez – to round out the jury. Prior to that morning’s meeting, the trio had reviewed the 50 entries and culled their choices into individual short lists. While they were not in complete agreement at the onset, the jurors went through the complete list of entrants before narrowing the field to 14 deemed worthy of a second look. They then spent about 90 minutes reviewing the PowerPoint presentations for those 14 projects and discussing their relative merits. Their commentary was erudite and pointed, with little time wasted on slide shows that didn’t answer their questions through images or text. By noon they were in unanimous agreement on four projects—Bat House Visitor Center by Matt Fajkus, AIA, Bo Yoon, and Jesse Rodriquez; Living Module Deployable Housing by Andrew Ball and Noah Marciniak; OutHouse by Andrew Daley, Jason Fleming, and Peter Muessig; and SEEPZ Mumbia by William Truitt.

With the jury’s work done, we drove to the Blessings Golf Clubhouse (see photo below) that Blackwell had designed. A stand-alone structure set at the base of the hill, with its footprint minimally contacting the land, the Blessings Golf Clubhouse acts as a type of covered bridge. This bridging creates an entry portal that operates as a breezeway framing the eighteenth green, acts as a threshold to the golf course beyond, and is an event space for golf tournaments. 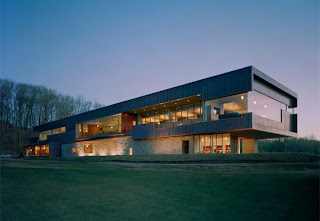 Touring around Fayetteville that afternoon, we saw several other notable projects by Blackwell. One of the most intriguing was St. Nicholas Eastern Orthodox Church (see photos below) in neighboring Springdale. The project, completed last year, shows how a thoughtful architect can provide a client with an exquisite design on a very small budget. Blackwell repurposed a three-bay garage as a small church. The “before” and “after” images don’t tell the whole story, which also entailed trading two cases of beer for a satellite dish that was embedded in the ceiling to fulfill the Eastern Orthodox Church’s liturgical requirement for a dome within the sanctuary. 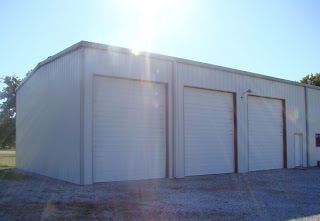 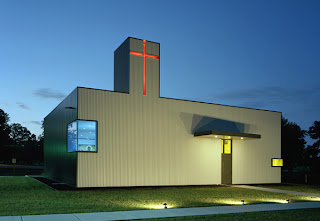 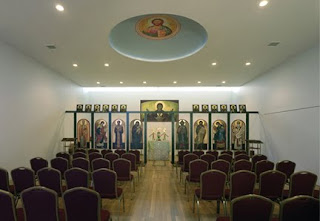 Posted by Texas Society of Architects / AIA at 5:53 PM No comments:

The Courthouses of Central Texas

The 254 county courthouses of Texas represent a rich and enduring architectural legacy. While the 50 courthouses of the central Texas region exhibit an endearing collection of historical styles, they remain relevant for the contemporary architect. They provide lessons about meaning and modernity as well as sustainability and community. Come along for a unique look at these structures as architectural artifact.