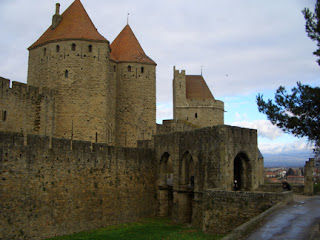 After seeing Viguier's museum project in Toulouse, we were driven south toward Avignon and along the way realized we would be passing the "restored" city of Carcasonne. We all agreed that we should stop. The photo below shows the narrow streets inside the defensive walls, rebuilt in the mid-nineteenth century under the direction of Eugene Viollet-le-Duc whose recreation of the fortified city was based less on factual evidence than his own idea of how the ruins should be reconstructed. 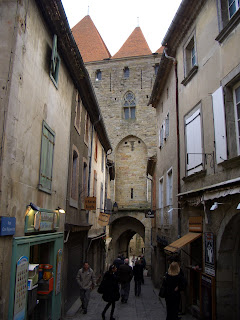 Our next stop was Nîmes, originally built as a Roman outpost on the frontier. This was the city for which the Pont du Gard aqueduct was built. One of their temples, erected about 2,000 years ago, still stands near the center of town. In this photo, the new municipal library (designed by Norman Foster and Associates) is in the background. 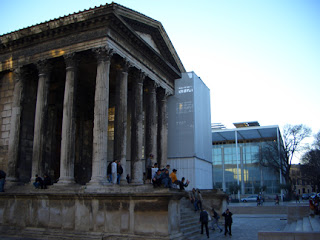 Posted by Texas Society of Architects / AIA at 6:19 PM