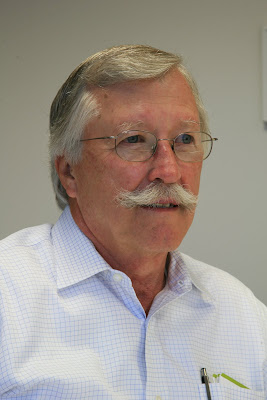 Ray Bailey, FAIA
In recognition of his contributions to building an award-winning organization; his leadership that was directly associated with Texas architects having their first law regulating the practice of architecture; and for being a leader and an architect of unquestioned loyalty, commitment, and dedication to the Texas Society of Architects, Ray Bailey, FAIA, will receive the 2010 TSA Lifetime Achievement Medal in Honor of Llewellyn W. Pitts during the TSA Convention in San Antonio, Oct. 14-16.
Ray Bailey founded Bailey Architects in 1975, where he leads the design of the firm’s projects, many of which have received local and national awards. Under his leadership, Bailey Architects has received firm awards from both TSA and AIA Houston.
Bailey is recognized in professional and academic circles throughout the state for his leadership and dedication to architecture. He was president of TSA in 1989, president of AIA Houston in 1985, and was elevated to AIA Fellowship in 1985. He is founding president of the Houston Architecture Foundation.
Long involved in community service, Bailey is past chairman and a current member of the Texas Parks and Wildlife Department’s Operation Game Thief, a past board member of the Lighthouse of Houston and the UT Austin School of Architecture, in addition to being involved with other charitable organizations in the Houston area. Bailey earned a master's of architecture from Massachusetts Institute of Technology and a bachelor's of architecture from The University of Texas.

Posted by Texas Society of Architects / AIA at 5:12 PM