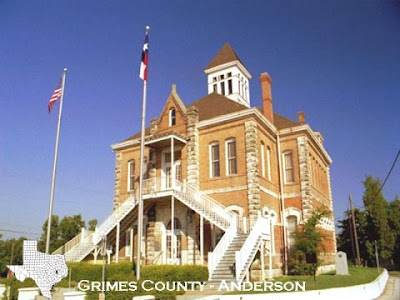 Photo provided courtesy of TexasCourthouses.com
by National Trust for Historic Preservation on August 10th, 2010
Written by Mick Watson
Note: This is the first post in a four-part series on Mick Watson’s Texas Courthouse Project, in which he travels around Texas to photograph every county’s courthouse (all 254 of them). Follow along to learn how Mick became a preservationist with nothing more than a camera and a map.
Click here to view the photos.
I’m definitely a Texan. I grew up in Midland which is out in West Texas and I spent some years in Huntsville and Lubbock for school, but for most of my life I have lived in the Houston area. I worked in advertising as a graphic designer for awhile after graduation, but now I make my living as a high school art teacher.
Outside of work I mostly spend time with my wife, who is also a teacher, and our three children. I love to travel as much as I can, and obviously photography has become a passion of mine over the last few years. Photography has allowed me to become closer to the things I love: my family, traveling, history, and Texas.

The Texas Courthouse Project started with a question: Could it be possible to see every part of Texas? In person, with your own eyes. Not just the large cities, not even just each regional area, but everything. Big towns, small towns, farms, forests, deserts, beaches, mountains, plains, canyons and islands. And not just a drive-by, but to actually stand on the dirt and breath the air of every part of Texas.

Even when you have lived here your entire life it’s hard to wrap your head around how big this state really is. From the northwestern tip of Dallam County in the panhandle, to the southeastern tip of Cameron County on the U.S.-Mexico border, is a span of over 900 miles. That’s farther than the distance between New York and Atlanta.

Going from east to west, you would have to drive 856 miles to get from Orange to El Paso. If you drove from New York to Chicago you would drive 70 less miles. To put it another way, when you’re in El Paso you are closer to San Diego than you are to Houston.

So when I sat down and spread out a map I was amazed at how much of my home state I had never visited. There were huge, smaller state size chunks of Texas I had never even seen. I decided that I would at least try to see most of it in my lifetime.
Read more here.
Posted by Texas Society of Architects / AIA at 1:17 PM