After not one employee felt a scratch when Patrick Gray Sharp fired more than 100 rounds at McKinney's public safety building Tuesday, the building itself became a hero.

Praised in public by the mayor and police chief, the bulletproof fortress represents the new breed of municipal buildings. In an era of homeland security, even the smallest towns are erecting safeguarded structures designed to keep people out rather than draw them in. And on Tuesday, it paid off.
Secure access points and the arrangement of rooms create a buffer between McKinney law enforcement officials and the public. Windows sit just above eye level to prevent direct attack. They slope to limit ledges for explosive devices. Bulletproof glass protects the lobby, and bullet-resistant liner lies inside the masonry walls.

Outside, concrete structures called bollards block cars from smashing through the entrance. Manicured trees make climbing or concealment difficult. Thorny bushes hover near the building's sides. Transformers and utilities sit several meters away from the 84,100-square-foot structure. Click here to read the rest of the article.
NOTE: The Sept/Oct issue of Texas Architect magazine features the GSA Regional Field Office, Houston (images below), which has been awarded a 2010 TSA Design Award. The project is an example of how high-quality design and architectural expression can exist within a framework that requires heightened security measures. (The project was previously published in the July/Aug 2010 issue of the magazine.) 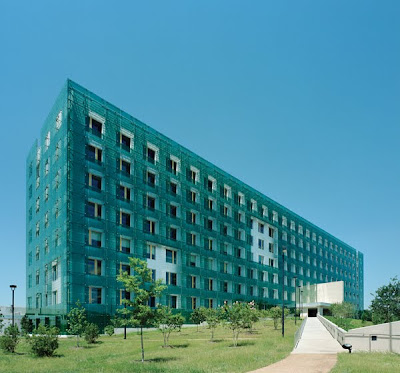 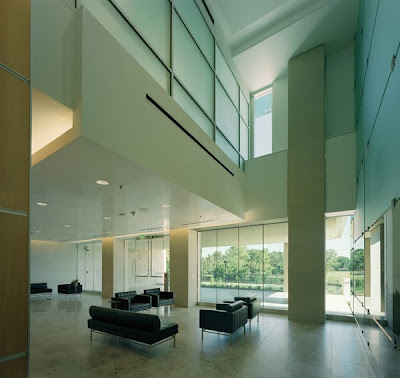 Posted by Texas Society of Architects / AIA at 11:20 AM